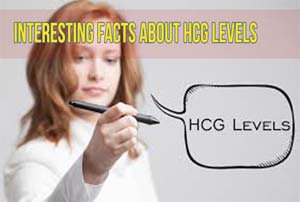 IVF treatment is a massive investment as a couple puts a great deal of time, money, and effort into it. Their expectations are high too as they hope that the cycle would surely succeed. Unfortunately, IVF does not come with the guarantee of success as only half of the cases yield results on average. The 2ww that follows the embryo implantation is the most difficult phase of an IVF cycle. Then comes the critical moment that decides the fate of the cycle- the beta hCG test. A positive test report is no less than a miracle while a negative one can shatter dreams.

Being prepared for the results of the beta hCG test is important for the patient. While a positive test report is something to celebrate, a negative one may bring a thousand questions to her mind. She might blame herself for the failed cycle or see the fault in the clinic’s expertise. Interpreting the test reports would be the best way out as this helps the patient unravel the mystery behind the lost cycle.

Beta hCG or human chorionic gonadotropin is a hormone that increases as the embryo implants itself in the uterus. The level of this hormone is regarded as the key parameter to verify the pregnancy, natural or assisted. The beta hCG test is done as the primary diagnostic test for verifying a pregnancy. It is significant that a patient knows how to interpret the results of this test. At the same time, a responsible infertility specialist would also convey the results honestly to the patient.

First things first, the mechanism of embryo implantation is to be studied before moving on to the study of beta hCG levels. The implantation process initiates as the trophoblast (root system) of the embryo grows into the uterine lining (endometrium). This is accompanied by the release of beta hCG (the pregnancy hormone) into the bloodstream. The presence of the hormone in the bloodstream thus indicates that the woman has conceived.

Timing of the beta hCG test is important to get the right diagnosis in case of IVF-assisted pregnancy. During a typical IVF treatment cycle, the woman is given an hCG trigger shot at the time of egg retrieval. The hormone remains in the bloodstream for nearly two weeks and can give false results for the beta hCG test. Therefore, it is advised that the test should be taken after the 2ww in the IVF cycle. The presence of more than 5 IU of beta hCG per ml of blood is an indication of embryo implantation.

In typical IVF cases, the beta hCG test is done at least twice to confirm a pregnancy. These are done at least 2-4 days apart. The initial rise in the hormone levels between these two tests may be slow. When this happens, the specialist may recommend another test after two days and yet another after another two days. If the hCG level still fails to rise, a failed implantation is indicated. It may even point out to ectopic pregnancy.

Once beta hCG tests turn up positive results, pregnancy is confirmed with a further blood test and ultrasound examinations. A clear ultrasound evidence of gestation can be obtained within 2-3 weeks of a positive beta hCG test. On the other hand, there may be positive beta hCG readings but the pregnancy may fail to proceed further. Known as chemical pregnancy, this is a common occurrence during IVF cases. It could be the result of a genetically abnormal embryo that failed to implant or lack of endometrial receptivity.

Disappointing as it may be for the patient, a chemical pregnancy has a silver lining. It indicates that the embryo reached the pre-implantation stage, even hatched and tried to implant. This means that even if the current IVF cycle has failed, there is a hope of success in the subsequent one.

Conveying the negative results of the beta hCG test is a challenge for the IVF specialist. The specialist needs to understand the responsibility to counsel the patients about having realistic expectations about the test reports. The patient should be vigilant too and ask questions to understand the cause of IVF failure. In case they want to try the next cycle with another clinic, they should ask for all the documentation and medical records.

Gaudium IVF is one of the top IVF centre in Delhi, where patients are given effective and affordable treatment for the most complex infertility issues. Visit Gaudium IVF for a free second opinion from Dr Manika Khanna, the leading IVF specialist in Delhi.