A Quick Guide On the IVF Journey With Egg Donors 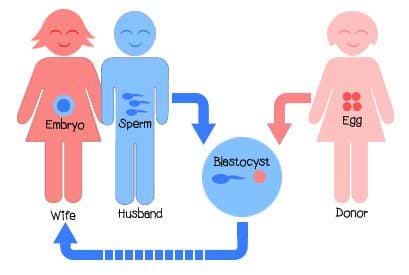 IVF or in Vitro fertilization is a boon to mankind as it helps infertile couples conceive and keeps our species run its natural course without any hindrance. Egg donors are an essential part of many couple’s IVF journey. The couples who can’t produce their own eggs due to various reasons can choose the route of IVF with egg donors.

There is a lot of information that one needs to get before opting for IVF with egg donors. The pros and cons should be thoroughly weighed before making any decision. Let’s analyze all such necessary information below.

When does one need an egg donor?

Egg donors are not always required in IVF treatment. However, there still are some cases in which egg donors are required. Such cases are mentioned below.

These are the situations in which one can opt for IVF with egg donors.

Where can one find egg donors?

The most common sources through which you can find the right egg donor for your pregnancy are IVF Centre, Egg donor agencies, Egg banks, a friend or family member who would like to donate or extra eggs acquired by other infertile couples trying to conceive.

Egg donors in Delhi, Mumbai, or other metropolitan cities are easier to find due to the more mature and destigmatized approach towards IVF treatment.

What are the benefits of using an egg donor for IVF treatment?

What are the problems one might face in opting for Egg donation?

There are certain egg donor problems and risks involved in a sensitive process like this. The donor needs to consume fertility drugs in order to produce eggs, which might have some side effects. Ovarian hyperstimulation syndrome is one such issue. Certain psychological issues might also appear in the donor and therapy must be considered in any such cases.

Other physical issues that might arise in the process can be treated through a general physician.

What is the general cost of egg donor IVF?

The average donor egg cost in India ranges from Rs 28000 to Rs. 42000. The affordability of egg donor varies differently for couples from different income groups. Overall, the treatment is available at affordable rates throughout India. Egg donation can also be opted for with the help of a donation from one’s own family or friends.

What is the success rate of egg donor IVF?

The donor egg IVF success rate in India is 60-70% on average. The success rate has shown an increase in the past few years, which indicates an upgrade in the treatment process.

The above is the information through which a couple can thoroughly analyze and determine their stand on IVF through egg donor.