10 Questions that an IVF Patient Must Ask 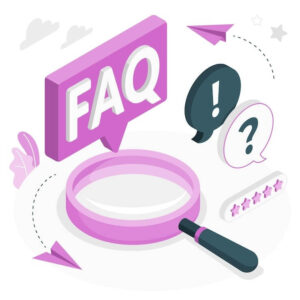 IVF is one of the most widely used assisted reproduction techniques today and also a highly successful one, with hundreds of couples deriving its benefits to achieve the joy of parenthood. The procedure follows a rigorous protocol, with a series of steps being performed in a hierarchical order. Most of the patients are well aware of the IVF protocol, yet there are a number of questions that may crop up in their minds from time to time.

It would be quite practical to seek answers to all these queries before proceeding with IVF because the procedure involves a hefty investment of time and money. At the same time, it is the responsibility of the IVF specialist to clarify all the doubts of the patient so that they can have full faith and confidence in the clinic. Some of the most important questions that an IVF patient needs to ask are discussed in this article.

Q1. What kind of drugs and medications are administered during ovarian stimulation and do they have any side effects?

Answer: Ovarian stimulation is the initial step of IVF. It involves the administration of fertility medication with the aim of stimulating the ovaries to produce multiple eggs. The purpose is to maximize the chances of success of IVF because the greater the number of eggs, the higher the probability of pregnancy is achieved. These medications include hormonal supplements (such as FSH and LH) to activate the ovaries, while drugs are also used to prevent premature ovulation.

Talking about the side effects of IVF drugs, these may be manifested in some cases, while others may not be affected at all. Some common complaints such as nausea, mood swings, insomnia, and fatigue may occur, while major ones such as ovarian hyperstimulation and multiple pregnancies are also possible.

Q2. What can be expected during egg retrieval?

Answer: Complicated as it may sound, egg retrieval is a fairly fast process and painless too as the patient is sedated throughout. Done under general anesthesia, it may take about 30 minutes or less to be completed, depending upon the number of follicles to be retrieved as well as the accessibility of ovaries. It can be said that egg retrieval is a safe procedure that has no side effects on ovaries, a fact proved by studies on women who have gone through multiple egg retrievals. Other side effects can be nausea and vomiting induced by anesthesia while minor vaginal bleeding may be experienced because the vaginal walls get punctured during the retrieval.

Q3. Is it possible to improve the quality of the embryo?

Answer: Genetically speaking, nothing much can be done to improve the quality of an embryo, whether it is produced naturally or generated in the IVF lab. An embryo that is meant to be genetically abnormal will be the same despite every effort. However, advanced procedures like assisted hatching have been devised to improve the chances for couples who have shown poor prognoses in the previous cycles.

Q4. In which cases should be assisted hatching to be performed?

Answer: Assisted hatching, as the name suggests, is a technique used for improving the chances of implantation and thus a successful pregnancy. It involves making a tiny hole in the embryo so that it can implant itself in the endometrial walls. It is done for couples who have previously experienced IVF failures, those with women of advanced maternal age (past 38 years), the ones with unusually thick zona pellucida (the membrane shell covering the embryo), and in case of use of cryopreserved embryos.

Q5. What can be expected during embryo transfer?

Answer: Like egg retrieval, embryo transfer is a vital aspect of IVF, though it is less complicated compared to the former. It is quite similar to IUI as this one involves the placement of a lab-prepared embryo in the uterus of the woman so that it may implant in there. Though the patient is asked to stay back in the clinic for a short span of time, she can resume her normal activities soon after. She may rest for a day or two as a precautionary measure though bed rest is not going to change the fate of the cycle at all.

Q6. How soon should a pregnancy test be performed after IVF?

Answer: Once the couple is done with the IVF cycle, they have their fingers crossed and are all eager for a successful result to turn in. For this reason, they want to perform a pregnancy test at the earliest to know the fate of the cycle. The 2 ww (two-week wait) period is recommended as the standard one for performing pregnancy tests after the embryo transfer is done. The couple may experience symptoms of pregnancy during this time, but it is better to be patient and wait for the right time.

Q7. How long should a couple wait for making a subsequent IVF attempt after a failed cycle?

Answer: A couple who undergoes a failed IVF cycle may face a great deal of emotional and financial trauma but this is definitely not the end of the road, as there have been several cases where success has been achieved in subsequent cycles. Though couples may be more than willing to proceed with the next attempt as soon as possible, it is advisable to put a gap of at least one or two complete menstrual cycles between two consecutive attempts. Physical, as well as emotional recovery, is vital in this regard.

Q8. Is there a limit to the number of IVF attempts for a couple?

Answer: Most of couples are likely to conceive in two IVF attempts, though a third one may be needed in some cases. For those with some other major complications such as recurrent miscarriages, options such as IVF and adoption may have to be considered if IVF seems unsuitable according to their specific circumstances.

Q9. Is there an upper age limit for IVF?

Answer: Though IVF has been used for women who have crossed the age of 40 years, one needs to be realistic in approach as the egg quality and number decline drastically after the woman steps on the wrong side of her mid-thirties. This means that a woman of advanced maternal age should consider using donor eggs rather than her own for improving the success rate of IVF. The use of good quality donor eggs from a younger woman would improve the chances of IVF success to a considerable extent.

Q10. How many IVF attempts would realistically be needed by me?

Answer: Though this is the question that almost every couple trying IVF would ask, the answer would be different for all because the success rate of IVF is dependent on the age and personal situation of each couple. They should also analyze the quality of services as well as the success rate of the IVF clinic they have chosen for the treatment.

Gaudium IVF Centre in Delhi is a reputed IVF centre, where patients are not only offered expert services but also counseled comprehensively about the procedure. Visit Gaudium IVF for a free second opinion from the award-winning fertility specialist, Dr. Manika Khanna.