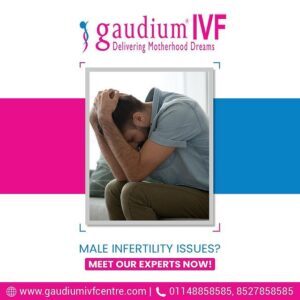 The first step in treating male factor infertility is to conduct a detailed semen analysis. If the results of the semen analysis indicate no sperm in the semen, your doctor may recommend surgical retrieval of sperm from the testicles. Sperm retrieval is generally performed in combination with IVF/ICSI which allows your fertility doctor to select healthy sperm and use them to fertilize individual eggs obtained from the female partner.

To simply further, surgical sperm collection is done when the male partner has problems with natural release of sperm; this could be due to a blockage, a genetic cause or poor sperm production. The sperm thus obtained are separated from the fluid collected from the testes, specially prepared, and then used for fertilization. Except in cases where the extracted sperm need to be frozen, for most couples sperm retrieval and egg retrieval are performed on the same day.

The types of surgical sperm retrieval procedures are listed below:

Seminal fluid is collected by passing a fine needle into the testis, and suctioned into a syringe attached to the needle.

Similar to TESA where seminal fluid is collected by passing a needle into the epididymis, a coiled structure which temporarily stores the sperm produced in the testis.

Both PESA and TESA are performed under local anaesthesia and take about 10 minutes. These are

simple aspiration procedures particularly useful for men who have normal sperm production but have problems with release of sperm (obstructive azoospermia).

In contrast to PESA and TESA, this is a surgical procedure where an incision is made in the scrotum, exposing the testis and the epididymis. An operating microscope is used to identifya single tube in the epididymis from which sperm can be aspirated.

MESA is done under general anesthesia and is generally performed for men with a non-correctable congenital problem, such as absence of the vas defer ens or obstruction in the epididymis. It helps in the retrieval of large numbers of high quality sperm which can be used for multiple IVF/ICSI cycles, or frozen for future use.

The above procedures are performed for men when sperm are being produced, even if in low numbers, but a blockage prevents their release. Men who have no blockage but have problems with sperm production will likely have no sperm in the semen. In such a case, a more invasive procedure is required to obtain the small number of sperm that may be present in the testicles. These techniques are:

The scrotum is opened with one or more incision sand a fair amount of testicular tissue is removed from which sperm would be later retrieved using a microscope.

A more invasive procedure performed a day prior to the female’s egg retrieval. A surgical microscope is used to accurately locate the tissue to be removed, thus minimizing damage to the testis. It is also considered a safer retrieval method as minimum testicular tissue is removed. Micro dissection TESE can take up to four hours and is performed for men having problems with sperm production.

Which aspiration technique is advised by your doctor would depend on a number of factors including the cause of male infertility, age of the male partner, and the purpose of the procedure. For example, micro dissection TESE is often undertaken to obtain sperm that may be frozen for future use.

There is a possibility that no sperm are found using a particular technique, in which case your doctor may recommend another, more invasive procedure. In cases of obstructive azoospermia (when sperm are being produced but not released), the chances of finding no sperm are rare. In non-obstructive azoospermia (when little or no sperm are being produced), there is a possibility that of failure to obtain sperm, and your fertility doctor would advise you of the same before the procedure is performed.

Have more questions about which sperm retrieval procedure is best suited for you. Consult Dr. Manika Khanna for a Free Second Opinion.