What is premature ovarian insufficiency? 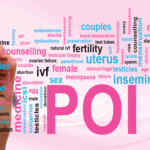 Ageing is regarded as one of the main causes of female infertility, but certain reproductive issues deprive women much younger of their ability to give birth. One of these issues is premature ovarian insufficiency, also known a primary ovarian insufficiency. As the name suggests, the condition is characterised by the ovaries losing their functionality before time; the ovaries stop the release of eggs even before a woman turns 40 and she is likely to come across grave complications including female infertility.

What is premature ovarian insufficiency?

When a woman’s ovaries stop functioning normally before the age of 40 years, she is said to be suffering from premature ovarian insufficiency. The ovaries fail to release the eggs regularly as well as there is disruption in production of estrogen, the key female hormone. One in every 100 women comes across the condition, which directly influences her ability to conceive, though there are options if she wants to get pregnant.

Normally, menopause is the milestone when ovarian failure takes place in women, as the ovaries are depleted naturally of their supply of eggs and the estrogen levels decline too. This happens at the age of 50 years on the average, but when women start experiencing these symptoms much earlier, they are said to be suffering from premature ovarian insufficiency. They are likely to have irregular periods and even missed periods for several months, while the periods stop altogether for those who have menopause.

The loss of functioning of ovaries can be attributed to various causes, which may or may not be detected easily. Here are some of them:

Besides these causes of premature ovarian insufficiency, the exact reason may not be detected in some cases and further investigations may be required to establish the cause. The risk is higher for women with a family history of premature ovarian failure and those who have undergone multiple ovarian surgeries (for treatment of ovarian endometriosis or some other conditions).

Irregular or skipped periods make the main symptom of premature ovarian insufficiency, while there are other menopause-like symptoms too. These include estrogen deficiency, night sweats, hot flashes, vaginal dryness, loss of sex drive and irritability. The woman may have her periods on and off, which makes it difficult to conceive if she plans a pregnancy. The similarity to menopause symptoms might confuse the woman and she needs to go for proper medical diagnosis to verify her condition.

When a woman comes across irregularity of menstrual periods and premature ovarian insufficiency is suspected, the doctor will start with a physical exam and a pregnancy test to rule out the same. Further, blood tests are conducted to check out the level of follicle stimulating hormone (FSH), which goes unusually high for women suffering from premature ovarian failure. The estradiol test is another one to detect the levels of estrogen in the bloodstream; lower than normal level indicates ovarian insufficiency. The doctor may recommend a transvaginal ultrasound scan to evaluate the size of ovaries.

Women suffering from the condition can come across the following complications:

Till date, there is no proven treatment of the condition, though researchers are working towards managing it in the most effective manner. Primarily, doctors work on normalizing the estrogen levels by relying on hormone replacement therapy to curb the risk of complications such as osteoporosis, hot flashes, heart problems and depression. The issue is grave for women who plan pregnancy because premature ovarian insufficiency can compromise with their fertility. Such women may have to explore options such as donor eggs and IVF to become pregnant.

Gaudium IVF is the best IVF centre in Delhi, India, where patients can avail advanced fertility treatment and gynecological care. The clinic offers a wide array of assisted reproductive techniques and gynecological solutions for various needs of patients.

Get in touch today for free second opinion from Dr Manika Khanna, the renowned fertility specialist in India.