Obese and Unable to Conceive: How Body weight Affects Fertility and Why You Need Not Lose Hope 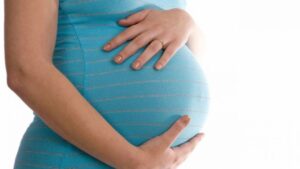 When Reena* first came to Gaudium IVF Centre for a consultation from Panipat (Haryana), she had all the possible odds stacked against her and had given up the hope of ever having a child of her own.

Statistics show that India has more than 30 million obese people of which the majority are women. In urban cities, more than 23% women are overweight or obese.

Globally, an individual’s BMI (body mass index) is used as a measure to determine whether they can be termed underweight, overweight or obese. BMIis calculated by dividing total body weight in kilograms by height in meters squared.

While internationally a BMI of over 25 kg/m² is considered overweight, the alarming obesity trends in India led to the revision of obesity guidelines by the Ministry of Health and Family Welfare. Since the revised guidelines were announced in 2012, any individual with BMI between 23 and 24.9 kg/m² is considered overweight. A BMI of 25.0 kg/ m²or more is termed clinically obese.

Overweight is generally associated with health conditions such as diabetes, hypertension and heart disease.  In addition, overweight pregnant women face a higher risk of complications such as high blood pressure, pre-eclampsia, gestational diabetes and premature labour.

Why is Obesity linked to Infertility?

For decades researchers have worked to establish a link between excess body weight and infertility in both men and women. Many studies have demonstrated how being overweight or obese can affect natural conception in several ways:

I am clinically obese. Can I still conceive through IVF?

Successful pregnancies in obese women who undertake infertility treatment are not impossible, but can be extremely challenging. Potential complications can include poor response to ovulation-inducing medication, more complicated IVF cycles, and greater risk of miscarriage, stillbirth, caesarean section and higher incidence of health complications during pregnancy.

The risk of developing gestational diabetes and pre-eclampsia is several times higher in obese women compared to women of healthy weight. Due to a heightened risk of adverse pregnancy outcomes, if a woman is obese and has had problems with natural conception, she should seek the help of a competent and experienced IVF specialist as early as possible.

When Reena and her husband first came to Gaudium, they were mentally and physically exhausted, and quite understandably, disillusioned with IVF. The couple had been married for 10 years and had had to deal with two previously failed IVF cycles.

Our experts determined that the couple needed psychological support just as much as they needed the right fertility treatment. After several joint and individual counselling sessions, Reena was put on a special protocol for PCOD treatment. Our nutritionist designed a tailor-made weight-loss program to help her achieve optimum weight loss. Under close monitoring by Dr. Manika Khanna at each step, she underwent one cycle of IVF and ET (Embryo Transfer) and conceived in the very first attempt.

After successful IVF treatment at Gaudium IVF Clinic Delhi, Reena delivered two healthy babies in December 2014. Her PCOD and weight loss treatments were continued post-delivery. Today she is a healthy mother of two.

Untreated PCOS/PCOD in overweight women can lead to severe infertility which can take longer to treat. Therefore, seeking timely medical support is crucial to increase your chances of conceiving through IVF.