Mini IVF: Know All About It 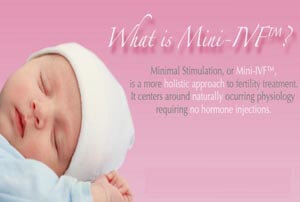 Infertility, like every other medical condition, makes no distinction between the financial statuses of patients when it strikes. This implies that there will be people who can afford expensive medical treatments for infertility and there will be others who cannot. For this reason, medical science and research have been making efforts to devise medical procedures which are affordable, yet effective.

As the name suggests, mini IVF, also referred to as minimal stimulation IVF, is a less expensive and less aggressive alternative to conventional In Vitro Fertilization. The procedure is very similar to IVF in many ways, except for the fact that it makes use of low doses of ovarian stimulation medication so that only a few eggs are produced by the ovaries.

All about Mini IVF

Mini IVF is a simpler version of IVF, during which the focus is on the quality of eggs rather than their number. Conventional IVF strives at churning out a large number of eggs from the ovaries by administering massive hormonal doses during the ovarian stimulation; mini IVF, on the other hand, takes a gentler and holistic approach to achieve conception with fewer, but better quality eggs.

An ingeniously simple protocol is used for making this technique a success, enabling even older ovaries to bring out healthy and viable eggs. It is important to understand that only 3 to 5 eggs of good quality are sufficient to yield a healthy pregnancy, which is the reason why mini IVF is seen as a feasible medical technique to counter infertility.

Conventional IVF procedure uses high doses of hormones and brings out numerous eggs, out of which only a few are good enough to turn out into viable embryos. Conversely, mini IVF is carried out with a daily dosage of Clomid pills, instead of gonadotropins used in IVF (although low doses of gonadotropins may also be used for stimulating the ovaries to yield only a few eggs). In some cases, specialists even rely on the natural cycle, with no stimulation drugs being used for the mini IVF.

Mini IVF is not suitable for all, but can rather be manifested as a tailor-made treatment option for a selected group of patients struggling with infertility. For instance, it is advisable for older women and/or those with poor ovarian reserve to opt for this approach, because they may not be able to produce too many healthy eggs with more aggressive treatment as well. The reason is that such patients do not simply respond too well to ovarian stimulation drugs. So it would be no use to go for expensive treatment and heavy medication if the end results are going to be relatively similar.

Pros and Cons of Mini IVF

Mini IVF has a series of advantages and disadvantages over conventional IVF and both of these have to be considered to shortlist it as the best way out for individual cases.

Overall, the effectiveness of mini IVF is yet to be established because its success rate is still under research. At the same time, studies have pointed to the fact that the success rate of conventional IVF is considerably higher as compared to mini IVF, though the risks of complications such as OHSS and multiple pregnancies have been much lower. Moreover, the cost is seen as a major factor influencing the decision of the patients in this regard. Mini IVF is a procedure that is not just for everyone and its suitability is to be considered with an individualistic approach, which also has to be a more realistic one, both for the patients as well as the doctor.

Gaudium IVF is a trusted infertility clinic that follows a tailor-made approach for each of its patients so that the chances of success of the treatment are maximized. Visit for a free second opinion by the leading fertility specialist, Dr. Manika Khanna.