The ‘M’ factor in fertility!! 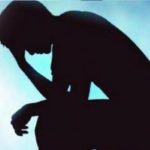 For nearly three years, Rahul and Prerna had been trying to get pregnant, but in vain. The couple’s otherwise happy married life was starting to come under a cloud since Ankhi really wanted to become a mother, and this prompted Rahul to consult a fertility specialist. Little did he realise there was a rude awakening waiting at the end of a slew of tests the young couple had to go through: while Prerna was found to be in good reproductive health, Rahul was found to be suffering from low sperm count.

baby Numerous couples like Rahul and Prerna have stepped into my infertility clinic over the past 30 years to figure out exactly why they were unable to conceive a child, and it is with some trepidation that I observed that the cases of male infertility are rising in India, and fast.

This story starts with a flashback, so cut to the last century, where the eternal course of human evolution started accelerating unbelievably. Ubiquitous growth also led to several drastic environmental and lifestyle alterations, which have caused some serious implications on health and fitness. Apart from a considerable rise in lifestyle diseases, there has been substantial risein some of the so-called offbeat issues like male infertility.

Infertility, as defined by the World Health Organization (WHO), is the “inability of a sexually active, non-contracepting couple to achieve pregnancy in one year.” It is estimated that infertility affects one in seven to one in eight couples of reproductive age, with a male factor being solely responsible in 20% cases and contributory in an additional 30% of cases1

Incapability to produce an offspring may sometimes not be as emotionally taxing as the social stigma attached with it. Almost everywhere in the world, fertility in men has always been perceived as a certificate of their manhood. This makes it even more difficult for affected men to accept this fact that they are responsible of their barren marriage; and living life with this revelation is a nerve-racking and disturbing experience for them.

Therefore, the problem of male infertility and the social stigma attached with it can put immense psychological pressure on couples, which not only hampers their health and efficiency but can also bring acrimony in their personal relationship.

It is important to understand that life does not end here; rather medical science has plenty of options to make it worth living again.

Novel medical advents like IVF (In Vitro Fertilization) are nothing short of a boon for such couples. The success rate of this treatment is as high as 30-40%.

“In IVF, an egg is surgically removed from the woman’s ovaries and fertilized with male sperm in a laboratory. The fertilized egg (now called an embryo) is then returned to the woman’s womb to nurture and develop. This technique is a blessing for males with low sperm count or morphologically defected sperms. Another revolutionary technique is IMSI (Intracytoplasmic Morphologically-Selected Sperm Injection), in which the sperm is selected after examining it under 6000× high magnification. This method allows choosing those sperms, which are morphologically normal. Through IMSI, the normal sperms are injected into each egg and 1 to 3 of these are placed in a thin catheter and then inserted deep inside the uterus by a gynaecologist. The outcome of this technique includes a higher chance of success and a lower miscarriage rate” says Dr. Manika Khanna, IVF Expert, Gaudium IVF, Janakpuri, New Delhi.

Definitely, the long-term solution of male infertility can be achieved only by giving special notice on deteriorating environment and changing lifestyles. Fortunately, in the meanwhile, innovative medical aid would continue to provide solutions for such problems.

The ‘M’ factor in fertility!!