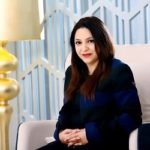 Dr. Manika Khanna is a leading Gynecologist and pioneer in Assisted Reproduction in humans (I.V.F) in India with an illustrious medical career of more than 20 years. Currently, she is successfully heading Gaudium IVF and Gynae Solutions – a foremost and fastest growing IVF Centre with an International presence.

To pursue her passion to serve society meaningfully, she did Advanced Training Program in Gynecological and Endoscopic surgery at University Hospital Schleswig-Holstein, Campus KEIL, Germany. She has also done Advance training in Assisted Reproduction in Human (I.V.F) from the Melbourne IVF unit.

In 2009, she founded and set up Gaudium IVF with meager capital from her own savings but with a vision and superlative fortitude to serve childless couples to fulfill their dreams today Gaudium has known the name in Infertility treatments and India’s first and only Radiation-free IVF centre.

Gaudium Infertility Centre was set up with a mission to provide state-of-the-art infertility treatments to childless couples in India and around the world. Gaudium IVF has treated many patients who had lost their hopes in life. The institution serves mankind in the right spirit and true service. Gaudium IVF was the first clinic in India who has performed a record number of milestone cases in a short span of time including a case that had 15 failed IVF cycles (the highest ever reported) from different parts of the world and then successfully delivered a healthy baby by the efforts of Dr. Manika Khanna.  Patients around the world from more than 30 countries have benefited from the expertise of Dr. Manika Who is hailed as India’s most experienced infertility and IVF specialist with more than 10,000 successful IVF treatments to her credit.

In 2014 She launched the Gaudium Foundation-a charitable institution with the objective of spreading health awareness as well as ensuring easy access to essential medical facilities to underprivileged children and women living in slums, minority communities, and other remote areas.

She has numerous awards for her credit. Lists of selected prominent awards/accolades are detailed below:

She received an Award for the “Most Admirable & Trusted Brand” IVF category in London (2018) on behalf of Gaudium IVF Centre.

In addition to the above recently she was invited to be a part of a panel of the forum focused on Women’s Health Care in Vietnam, She was the only Indian Doctor.