IVF and the Twin Desire: Know the Risks before you put all your eggs in one basket 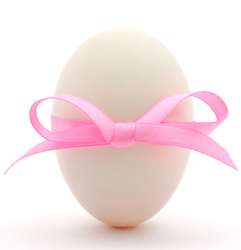 A dangerous trend is fast emerging among couples seeking IVF treatment to “advise” their doctor to transfer multiple embryos as they believe it would increase the probabilities of attaining pregnancy. While this may be partially true but they fail to foresee the grave risks the mother and child can be exposed to. So it is imperative to realize the perils of temptation to desire twins through fallacious use of IVF treatment. Sadly many of the IVF centers unethically encourage the wrong practice.

In my view, the only goal of undergoing fertility treatment should be to have a healthy baby. While you may feel pressurized to request your doctor to transfer two or more embryos at a time, your fertility specialist is the best person to take that decision after a detailed analysis of several factors including your age, medical history, embryo quality, and your IVF history.

Is Having IVF Twins Safe?

Although modern Obstetrics and Neonatal backup provides for various facilities and twin pregnancies can be managed well, a singleton healthy pregnancy should always be the first choice for parents-to-be. IVF experts around the world agree that it is safest to have one IVF baby at a time as twin pregnancy is not without risks.

Fertility doctors worldwide are working to educate patients about the potential health risks of having more than one IVF baby at a time.

A Swedish study published in the journal Fertility and Sterility in 2012 reported a significantly higher rate of pregnancy related complications in twin pregnancies compared to those where women had two children through separate IVF cycles.

The findings indicated that more twin pregnancies ended in premature labour, low birth weight and small size babies. The researchers also reported higher rates of preeclampsia, preterm rupture of the membranes, and caesarean section in thetwins group. Compared with singletons, the incidence of respiratory complications, sepsis and jaundice was also higher in the twins.

Another study published in the British Medical Journal (2010) found that the likelihood of delivering a full-term healthy baby through single embryo transfer (SET) is five times higher compared to when a woman undergoes two-embryo transfer.

However, patients often find it difficult to believe these findings. In order to make the most of an IVF cycle, they tend to overlook the risks associated with multiple IVF pregnancies or the long term financial impact in the form of prolonged hospitalization, NICU costs, and in some cases, lifelong disabilities in one or both babies.

Risks to the Baby

Is there a recourse?

Patients need to be informed that in the longer run, IVF twins could prove to be costlier than a frozen embryo transfer which can be done if the first SET (single embryo transfer) is not successful.  However, most couples fear IVF failure so much that in spite of knowing the risks, they choose to go for multiple embryo transfer. Also in some older patients (40 years and above), multiple transfer may be the only recourse.It’s best to leave the decision to your doctor.

In spite of the challenges involved in twin IVF pregnancies, the super-specialists at Gaudium infertility centres in India have handled several complicated twin pregnancies with success.

At Gaudium, patient safety remains our topmost priority. Your experienced fertility doctor helps you make an informed decision after taking into account your medical concerns and discussing with you any potential health risks that may apply to your particular case. If the need arises, our fertility experts will design a specialised protocol to be followed during your IVF treatment.

I strongly counsel against trying for twins through IVF and therefore at Gaudium, it is less likely to conceive twins as we emphasise on single embryo transfer when it is possible and promising.

With an unmatched success rate of over 75% in handling previously failed IVF cases, Gaudium fertility treatment clinic India has delivered over 6000 healthy babies.