Is It Safe to Have Sex During IVF Treatment? 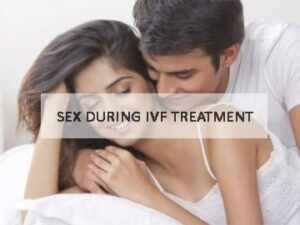 In Vitro Fertilization, apart from being emotionally and financially challenging can also have far reaching effects on a couple’s relationship, mainly sexual relations. During an IVF treatment, the most common concern in case of most of the couples is whether they should or should not abstain from sex. Taking into account the efforts most of the couple put into the treatment, it is normal for them to be concerned about what may be safe or unsafe for the process.

As the ovaries of the patient gets enlarged and swollen during the first stage, which is ovarian stimulation, it is quite possible for her to not feel like having a sexual intercourse. Moreover, unprotected sex should also be avoided during this stage as it increases the chances of multiple pregnancies, which can be dangerous for the patient as well as the baby.

Moreover, it is also important for the men to avoid ejaculation for at least 4 to 5 days before the egg retrieval in order to make sure there is enough semen to carry out the lab culture of embryos.

After the egg retrieval, as the risk of infection is supposed to be high, it is best to refrain from sex.

Most of the doctors advise abstinence from sex even after the embryo transfer for a period of two weeks. Nonetheless, several doctors say that a period of one week is more than enough.

In any case, once the woman becomes pregnant after the embryo transfer, she is free to have sexual intercourse.

During IVF, the fertility medications as well as the emotional stress is likely to make sex burdensome and uninteresting for the patient. The time restrictions on sexual activity are also likely to mount the pressure and stress, making sex an uncomfortable activity. Nevertheless, counselling and consultation at the best IVF clinic in India and therapy can help a couple resolve this problem.

Gaudium is one of the best IVF centre in India offering world class facilities and infertility solutions.