A question our fertility specialists get asked often by keen patients. 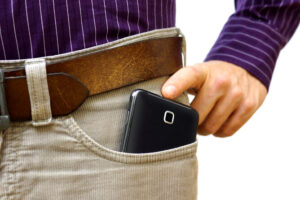 As the statistics on the rapid increase of mobile users across the world continue to astound us, the debate on the ill effects of radiation emitted by these devices has also continued to rage on. Numerous studies have focussed on how mobile phone use may lead to increased stress, change in brain activity, and a host of other health problems. Increasingly the discourse is also turning to whether radiation from mobile phones can cause male infertility.

An infertility diagnosis is given when a couple is unable to conceive over a course of 12 months. Studies have shown that male infertility likely contributes to about fifty percent of all infertility cases. The increasing incidence of male infertility has aroused wide interest in the scientific community and has been a subject of numerous research studies.

In a study carried out in France between 1989 and 2005, semen analysis of more than 26,000 men showed that semen concentration (the number of sperm in one ml of seminal fluid) has been decreasing over the years. Another larger study has shown that this is a global trend. The authors of this study suggested lifestyle and environmental factors as the leading cause for this decline.

A key lifestyle factor affecting fertility is considered to be the increased radiation exposure due to cell phone usage.  A 2008 study in the United States showed that increased use of cell phones led to reduced semen quality in men, contributing to low sperm count and reduced motility and vitality of sperm. It was also linked to changes in sperm morphology (sperm size and shape).

An Australian study published in 2009 went as far as saying that not only can exposure to cell phone radiation lead to decreased sperm motility and vitality but it could also have an adverse effects on the DNA of the sperms, which can eventually lead to birth defects in babies born to men exposed to cell phone radiation for long hours.

Apart from the harmful emissions, there is another way that cell phones are believed to contribute to male infertility. It is a normal practice for most men to carry their phones in their trouser pocket. Also, many men place their phones in their lap while using hands-free devices. This is a harmful practice since cell phones generate heat which raises the temperature of the testes.

Though more detailed studies on the exact extent of the damage caused by cell phone usage are still underway, the existing body of evidence clearly points to significant adverse effects on male infertility due to prolonged cell phone usage.

It is true that this technology has made our lives easier and it would be impractical and inconvenient to avoid its usage altogether. Even so, simple lifestyle changes such as placing the phone away from the pelvic region and avoiding excessive usage can be effective in avoiding long-term effects.

A few ways you can reduce exposure to cell phone radiation: