Are missed periods always an indicator of pregnancy? 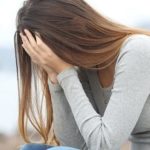 Is a missed periods sign of the good news coming your way? Well, that is what has always been perceived, and your periods are undoubtedly an indicator of whether you have conceived or not. But in some cases, missed periods might also mean missed pregnancy, and consulting the doctor is the most feasible solution so that the reason behind a missed period and negative pregnancy test can be found out.

What are the reasons behind the missed period?

There might be irregularity when you start with periods or when you end with it (menopause) but not somewhere in between until and unless you are pregnant. Missed period but negative results can be due to:

Keep track of your periods and its symptoms and if there is some variation, talk to the doctor and get the medication started.